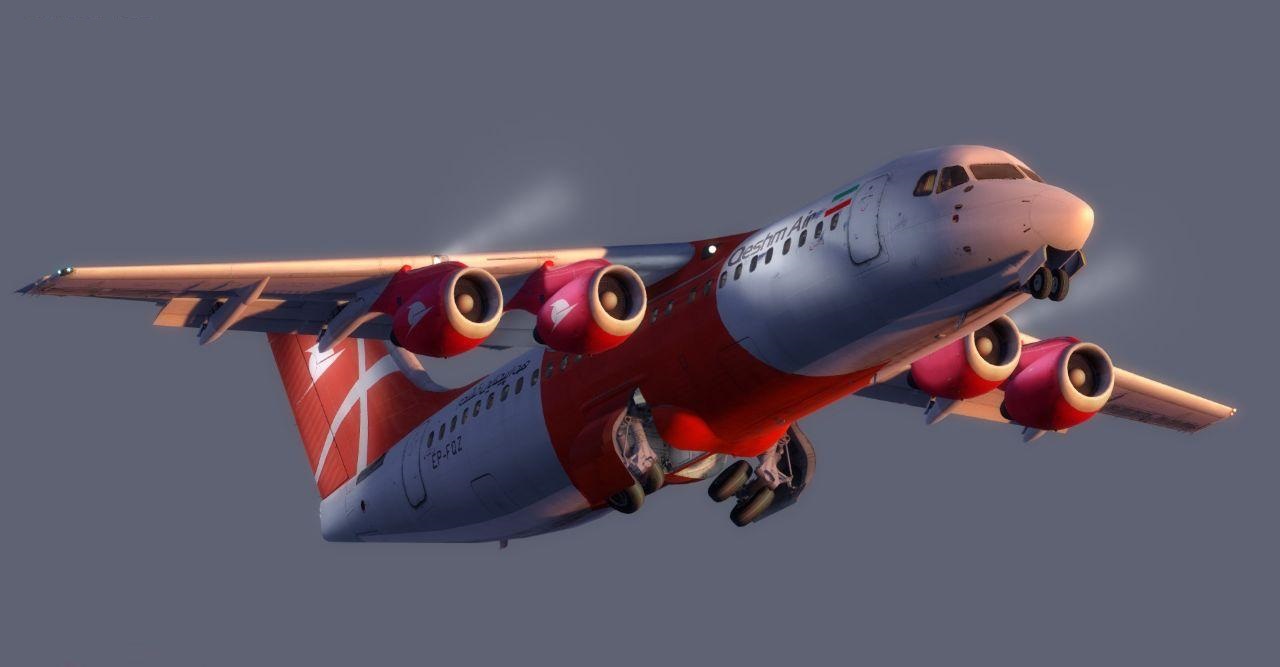 The British Aerospace 146 (also BAe 146) is a short-haul airliner and a regional airliner that was manufactured in the United Kingdom by British Aerospace, later part of BAE Systems. Production ran from 1983 until 2002. Manufacture of an improved version known as the Avro RJ began in 1992. A further-improved version with new engines, the Avro RJX, was announced in 1997, but only two prototypes and one production aircraft were built before production ceased in 2001. With 387 aircraft produced, the Avro RJ/BAe 146 is the most successful British civil jet airliner programme.[3]

The BAe 146/Avro RJ is a high-wing cantilever monoplane with a T-tail. It has four turbofan engines mounted on pylons underneath the wings, and has retractable tricycle landing gear. The aircraft has very quiet operation, and has been marketed under the name Whisperjet. It sees wide usage at small city-based airports such as London City Airport. In its primary role it serves as a regional jet, short-haul airliner or regional airliner. The BAe 146/Avro RJ is in wide use with several European-based airlines, such as Brussels Airlines, CityJet and Swiss Global Air Lines.

The BAe 146 comes in -100, -200 and -300 models. The equivalent Avro RJ versions are designated RJ70, RJ85, and RJ100. The freight-carrying version carries the designation “QT” (Quiet Trader), and a convertible passenger-or-freight model is designated as “QC” (Quick Change). A “gravel kit” can be fitted to aircraft to enable operations from rough, unprepared airstrips.[4]