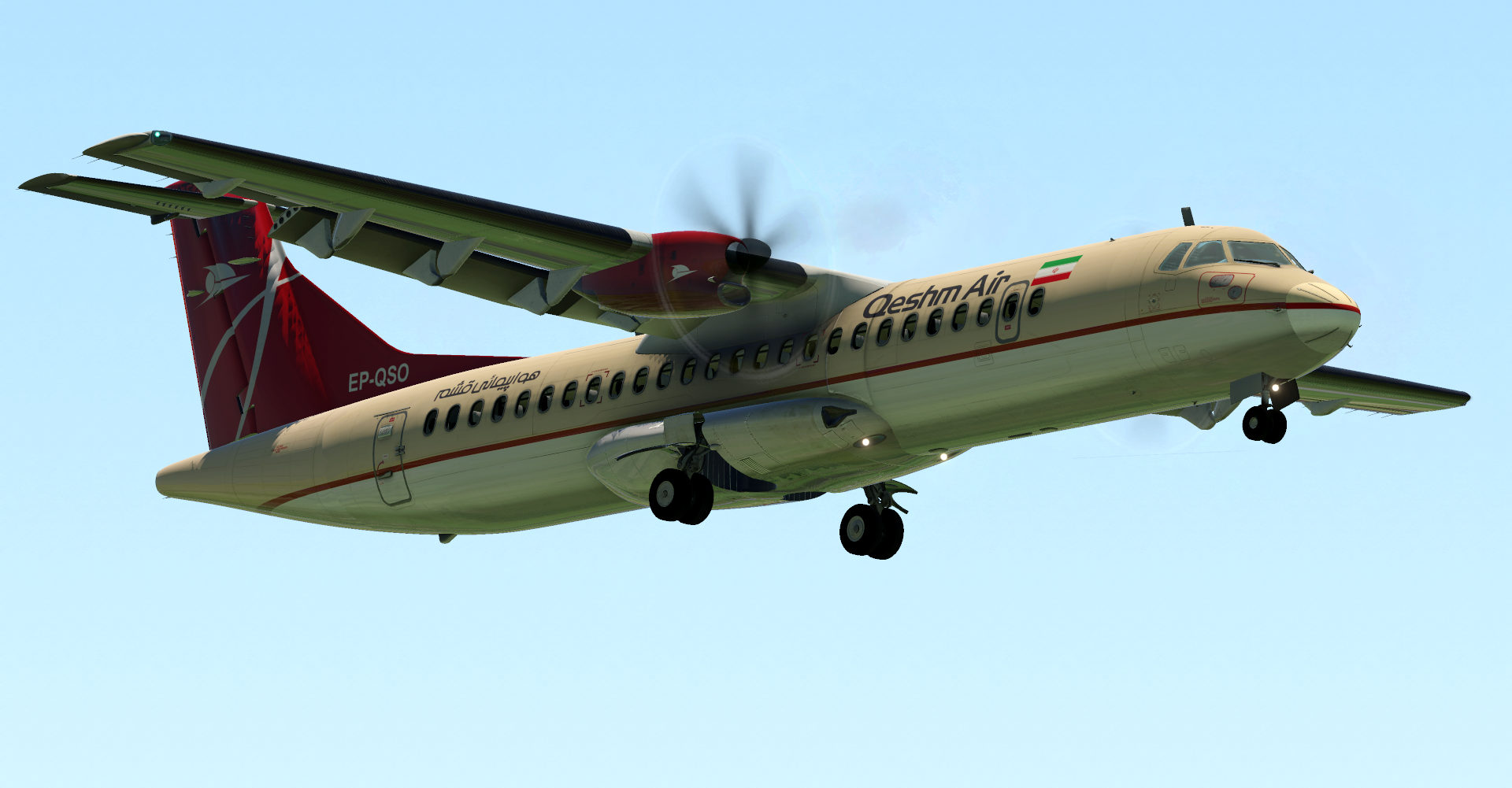 The ATR 72 is a twin-engine turboprop, short-haul regional airliner developed and produced in France and Italy by aircraft manufacturer ATR (Aerei da Trasporto Regionale or Avions de transport régional), a joint venture formed by French aerospace company Aérospatiale (now Airbus) and Italian aviation conglomerate Aeritalia (now Leonardo S.p.A.). The number “72” in its name is derived from the aircraft’s standard seating configuration in a passenger-carrying configuration, which could seat 72–78 passengers in a single-class arrangement.

During the 1980s, French aerospace company Aérospatiale and Italian aviation conglomerate Aeritalia merged their work on a new generation of regional aircraft. For this purpose, a new jointly owned company was established, ATR, for the purpose of developing, manufacturing, and marketing their first airliner, which was later designated as the ATR 42. On 16 August 1984, the first model of the series, designated as the ATR 42-300, performed the type’s maiden flight. During the mid-1980s, the ATR 72 was developed as a stretched variant of the ATR 42. On 27 October 1989, Finnish airline Finnair became the first airline to operate the type in revenue service. The ATR 72 has also been used as a corporate transport, cargo aircraft, and maritime patrol aircraft.

To date, all of the ATR series have been completed at the company’s final assembly line in Toulouse, France; ATR benefits from sharing resources and technology with Airbus SE, which has continued to hold a 50% interest in the company. Successive models of the ATR 72 have been developed. Typical updates have included new avionics, such as a glass cockpit, and the adoption of newer engine versions to deliver enhanced performance, such as increased efficiency and reliability and reductions in operating costs. The aircraft share a high degree of commonality with the smaller ATR 42, which is also still in production.

An ATR 72 of Finnair, its launch operator
During the mid-1980s, ATR sought to introduce a larger airliner with capacity. This new regional airliner, designated as the ATR 72, was directly developed from the earlier ATR 42 and continued to share many commonalities with it; the principal difference between the two airliners was an increase in the maximum seating capacity from 48 to 78 passengers. This was principally achieved by stretching the fuselage by 4.5 m (15 ft), along with an increase of the wingspan, the use of more powerful engines, and increased fuel capacity by about 10%.

On 15 January 1986, the launch of the stretched ATR 72 programme was announced. On 27 October 1988, the first prototype performed its maiden flight; one year later, on September 25, 1989, the ATR 72 received airworthiness certification from the French Directorate General for Civil Aviation. During the following month, on 27 October 1989, Finnish airline Finnair became the first airline to introduce the aircraft into service. Since the ATR 72 is assembled on the same production line as the smaller ATR 42, along with sharing the majority of subsystems, components, and manufacturing techniques, the two types support each other to remain in production. This factor may have been crucial as, by 2015, the ATR 42 was the only 50-seat regional aircraft that was still being manufactured.

During 2000, the combined global ATR fleet reached its 10,000,000th flight, during which a distance around 4 billion km (2.5 billion statute miles) had been flown and around 450 million passengers had flown on board ATR-built aircraft. The 2007 production set a new record for the programme’s sales; a total of 113 new ATR aircraft had been ordered during a single year. By the end of 2014, ATR had received 1,000 orders for the type and delivered a total of 754, leaving a backlog of 246 aircraft.

Within the ATR company, various organisational changes were implemented. On 10 July 1998, ATR launched its new Asset Management Department. In June 2001, EADS and Alenia Aeronautica, ATR’s parent companies, decided to reinforce their partnership, regrouping all industrial activities related to regional airliners into the ATR consortium. On 3 October 2003, ATR became one of the first aircraft manufacturers to be certified under ISO 9001-2000 and EN/AS/JISQ 9100, the worldwide quality standard for the aeronautics industry. During July 2004, ATR and Brazilian aircraft manufacturer Embraer announced a co-operation agreement on the AEROChain Portal for the purpose of delivering improved customer service. During April 2009, ATR announced the launch of its ‘Door-2-Door’ service as a new option in its comprehensive customer services range.