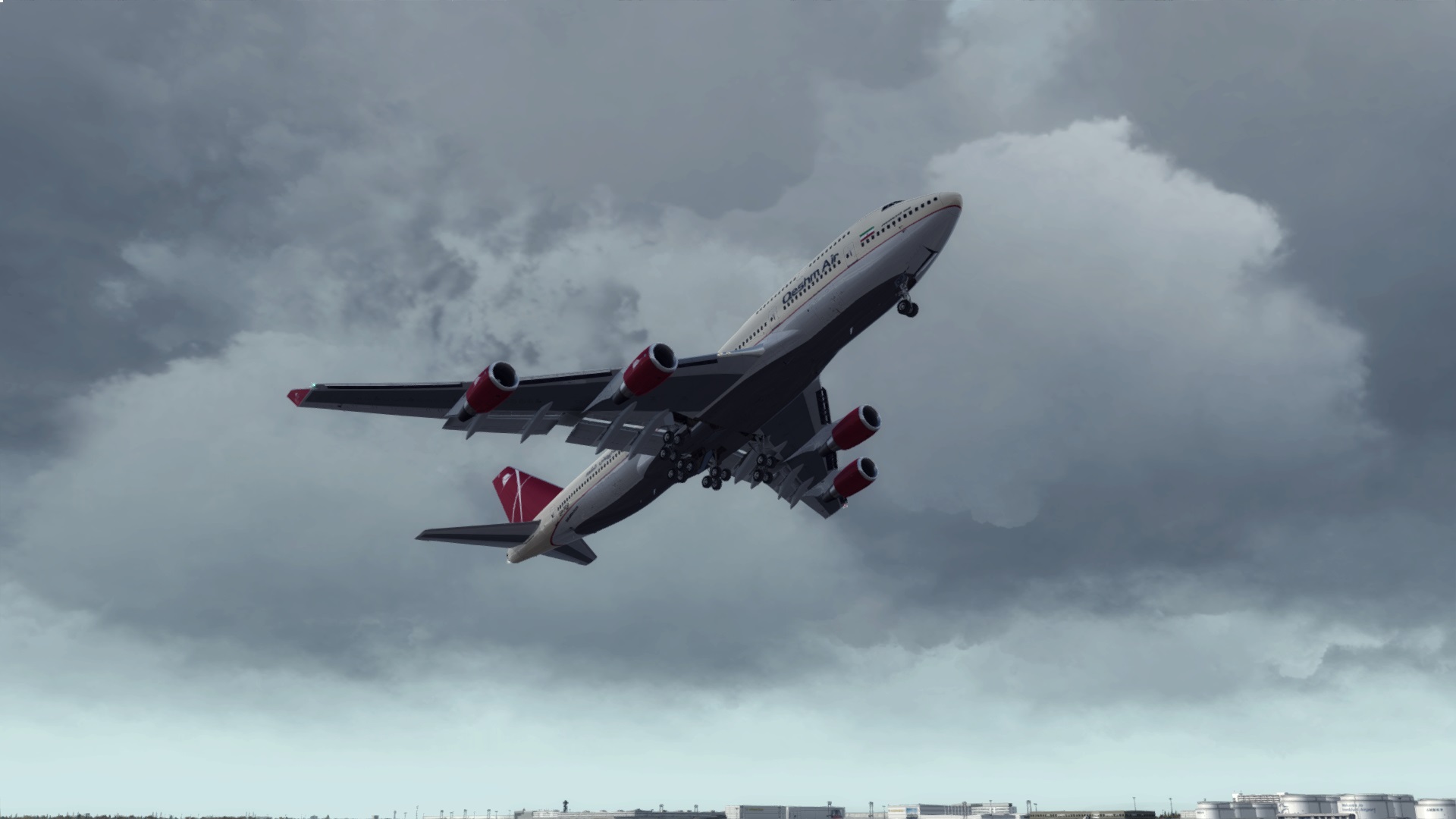 The Boeing 747-400 is a major development and the best-selling model of the Boeing 747 family of jet airliners. While retaining the four-engine wide-body layout of its predecessors, the 747-400 embodies numerous technological and structural changes to produce a more efficient airframe. Its most distinguishing features versus preceding 747 models are 6-foot (1.8 m) winglets mounted on 6-foot (1.8 m) wing tip extensions, which are found on all 747-400s except for Japanese domestic market versions.

The 747-400 is equipped with a two-crew glass cockpit, which dispenses with the need for a flight engineer, along with more fuel-efficient engines, an optional fuel tank in the horizontal stabilizer, and revised fuselage/wing fairings. The aircraft also features an all-new interior with upgraded in-flight entertainment architecture. As on the 747-300, passenger variants include a stretched upper deck as standard. The model has a maximum capacity of 660 passengers with the 747-400D variant,[4] and can fly non-stop for up to 7,670 nautical miles (14,200 km) with maximum payload, depending on model.